In co-operation with the Austrian Federal Forestry Authority and the Ausbildungszentrum für Wald (Woodland Research and Education Centre), we examined the question whether the changing climatic and economic terms of reference indicate that increased damage to beech forests is to be expected in future. One outcome of the survey was that for the time being, no mass reproduction of the beech-bark beetle in the BR has been observed.

Since 2006 there have been several sightings in the Wienerwald of beechtree crowns dying; it had been speculated that this might have been caused by the beech-bark beetle. Disaster scenarios as experienced in the Bayerische Wald had led commercial forest managers to fear that the untouched core zone areas might have become a source of infestation with beech-bark beetle for the adjacent commercial forests.

Six trial areas – including four core zone areas – were examined for pre-existing mechanical damage as well as symptoms of disease or infestation in root collars, tree trunks and crowns. Analyses were made in particular of the species composition and abundance of the beech bark beetle. The analyses focused mainly on Taphrorychus bicolor. In the course of the three-year duration of the project, no infestation was found in standing timber, neither in the trunk area nor in the branches, not even in the trial areas which contained major quantities of wind-throw suitable for breeding. Even considerably weakened beeches either showed no signs of infestation or they were able to withstand attempts of beetles trying to penetrate their bark. Some windthrown beeches were found to be infested by beech agrilus (Agrilus viridis) and by bark beetles which breed both in wood and bark of fallen trees. Such infestations were not found to spread to adjacent beeches. 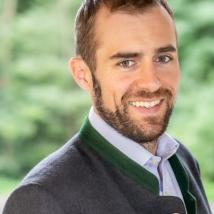