The Wienerwald BR Management regards itself as representatives of the Wienerwald region both internally and externally. It is a non-profitmaking organisation which was founded in 2006 by the Federal States of Lower Austria and Vienna.

The Supervisory Board is composed of two functional representatives from each Federal State of Lower Austria and Vienna. 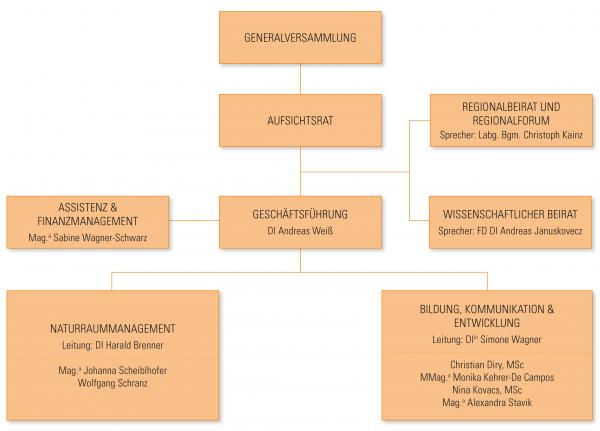