Wienerwald Climate Alliance in the BR:

From 2007 until 2010 the Wienerwald BR used to be the Climate Alliance Region of Lower Austria. 32 communities participated actively in more than 200 climate-relevant projects and 100 workshops with around 1,000 participants. The workshops are used by the communities forplanning climate protection projects and for awareness-raising focused on private households. Networking meetings led to an exchange between the communities, and to preparations for the key subjects of energy, mobility and soil.

The Federal State of Lower Austria made available funding amounting to €840,000 for climaterelevant projects, in addition to providing consultancy services. Furthermore, the communities were given professional guidance on implementation procedures and funding management, free of charge. The partner organisations included the AEE – Arbeitsgemeinschaft Erneuerbare Energie Wien-Niederösterreich, BPWW Management GmbH, ’die umweltberatung’, Energieagentur der Regionen, Klimabündnis NÖ, NÖ Dorf und Stadterneuerung, Regionalmanagement NÖ and Südwind NÖ (NÖ: Lower Austria). In order to progress this successful course in the communities beyond the duration of the project, the co-ordination for follow-up programmes and offerings of the Federal State of Lower Austria was continued for another year.

The concept of a Climate Alliance Region is unique to Austria. This entails that funding,consultancy services and informations are bundled for a selected region for a specific Duration thus placing climate protection into the centre of community activities. The designation of the Wienerwald BR in 2001 meant that the Federal State of Lower Austria has already implemented its fourth Climate Alliance Region. 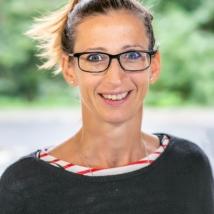